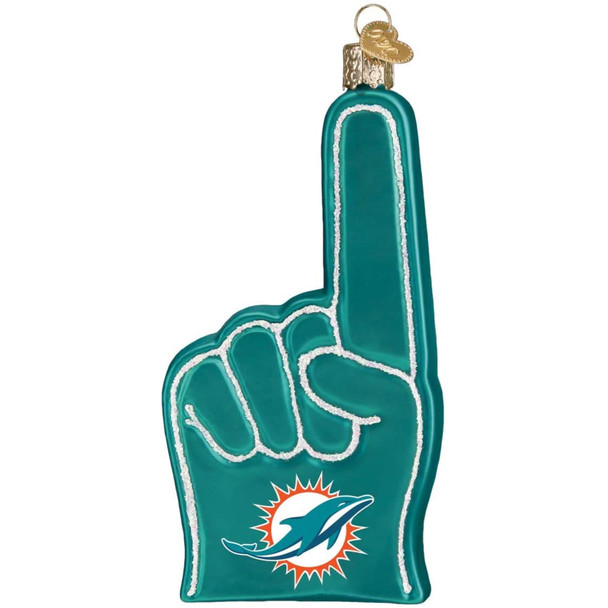 Perfect for the die-hard fan on your list! The Miami Dolphins are a professional American football franchise based in the Miami metropolitan area. The Dolphins compete in the National Football League (NFL) as a member club of the league's American Football Conference (AFC) East division. The Dolphins team was founded by attorney-politician Joe Robbie and actor-comedian Danny Thomas. They began play in the AFL in 1966. The region had not had a professional football team since the days of the Miami Seahawks, who played in the All-America Football Conference in 1946 before becoming the first incarnation of the Baltimore Colts.

Now: $49.99
Was:
From our new 'With a Twist' collection, this 14 ounce candle is poured into a brushed gold bowl and features two wicks for heightened burn performance. This sparkling summer cocktail is brought to...

Now: $16.99
Was:
There's just something quintessentially cozy about lighting candles at Christmas time. The tradition of burning a candle in the window is a sign of welcome. What better way to welcome your family and...

Now: $14.99
Was:
The tradition of burning a candle in the window is a sign of welcome. What better way to welcome your family and guests to your home than with the beautiful Cape Cod LED Pewter Window Candle glowing...

Now: $11.99
Was:
For centuries, the candle light has been a symbol of welcome, illuminating homes with a cheery glow. Add the ambiance of candlelight without the worry of a burning flame with IMC’s battery-operated...